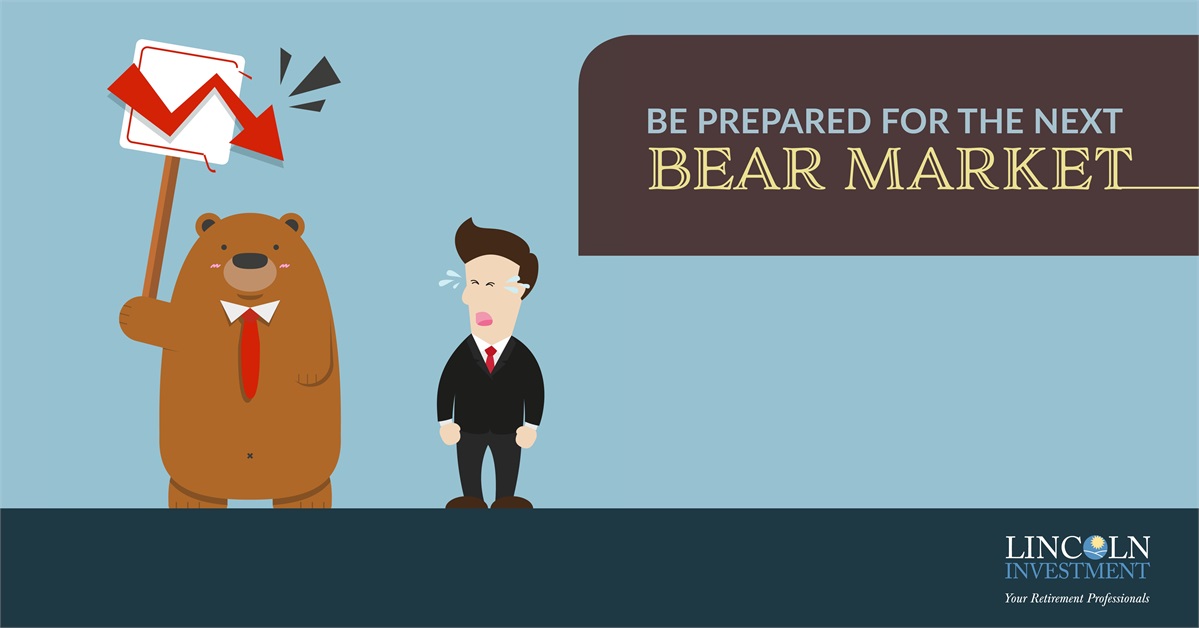 Where are we now?

Most investors have done well during the recovery since the last bear market during 2007-2009 (A bear market is generally defined as a sustained period of declining prices of at least -20%).  In terms of length of this rising market (a.k.a. a “bull market”), it’s either the longest or second longest in history depending on how its measured.

By one measure we are in the longest bull market in history at roughly 9.5 years.  However, we could also measure the time between 1983 and 2001 as a much longer 18-year bull market.  But time alone does not end an up cycle.  There is no clock.

Coupled with the lengthy duration of this up cycle, The Federal Reserve (Fed) is raising rates and poised to continue raising through next year.  Historically, the Fed raising rates has been associated with market declines.

Additionally, the bond “yield curve” (the difference between short- and long-term rates) is potentially on pace to “invert”.  An inversion is a closely watched gauge associated with market declines.  An inversion generally precedes a market decline but is not a “timing” mechanism for when it will occur.  And importantly a decline does not always occur after inversion – it’s just that almost every decline was preceded by an inversion.

Finally, this may all be culminating while stimulus from the tax cuts are waning and Fed monetary policy is changing from accommodative to neutral.  In other words, the Fed is also withdrawing stimulus. These could all be strong headwinds against the stock market.

When is the next bear market going to happen?

Could we now be in the early phases of the decline?  It’s possible and wouldn’t be surprising given the environment. Barron’s, a publication I follow closely, suggests the time could be 2019 or 2020. I believe this to be as good a forecast as any.

But nobody can reliably predict the next bear market.  And while that doesn’t stop those in the media from trying, many predictions should not be taken seriously. But what can we know?

We know it’s coming sooner or later and certainly we are closer today then the start of the recovery from the housing crisis.  We can describe this current time as likely “late in the cycle”.   We do know making assessments now before a decline can be a better time to make changes.

In times of plenty prepare for times of lean.  Remember the story of Joseph in ancient Egypt who wisely stored up extra grain during good years and was well prepared for the subsequent famine.

What should you do?

Now is the time to assess your financial situation and try to make any changes ahead of the next bear market.  We recommend not waiting until after the market declines substantially to change your risk or sell stocks.

Assess your risk levels. Due to the prolonged rise in this market, your risk may have increased due to an increase in the value of your stocks.  In other words, your stocks could make up a larger percentage of your holdings and thus increase your risk.

Now is also a good time to revisit your overall investment strategy.  A process called re-balancing will sell investments that have gone up and reinvest in areas that are lower.  Simply re-balancing your portfolio will change your percentages and could reduce risk.

Maybe something has changed with you and you want or need to be lower risk. You can decide now how much downside risk you are willing to assume going forward into the next bear market.

Remember in the 80’s and 90’s and early 2000’s when you actually got paid interest on your money?  A positive side of the Fed raising rates is an opportunity to get paid interest with potentially less risk than stocks.  Your cash can now be earning interest too.  Maybe you can achieve your goals without relying as much on stocks appreciating in value.

Consider raising needed funds now. If you are retired or drawing income from your investments, consider having the next 1-2 years’ worth of living expenses in cash or very conservative short-term bonds. Same goes for funds for any other planned expenses during that time (vacations, home remodel, large purchases, etc.)

Mentally prepare that the potential for a market downturn is coming so you aren’t taken by surprise or alarmed by the media and the associated sensationalism that surrounds a decline.

An ounce of prevention is worth a pound of cure so reach out to me if you have any questions.

The views and opinions expressed herein are those of the author(s) noted and may or may not represent the views of The Lincoln Investment Companies.  The material presented is provided for informational purposes only. Nothing contained herein should be construed as a recommendation to buy or sell any securities. As with all investments, past performance is no guarantee of future results. No person or system can predict the market. All investments are subject to risk, including the risk of principal loss.

Barron’s is not affiliated with The Lincoln Investment Companies nor any of its representatives.

When you click on any links in this document you will be connected to a third-party site. We make no representation as to the completeness or accuracy of information provided at this site.  Nor are we liable for any direct or indirect technical or system issues or consequences arising out of your access to or use of this third-party site.  When you access this site, you assume total responsibility and risk for the site you are visiting.

Diversification or asset allocation does not guarantee a profit or protect against loss.

Rebalancing may result in a taxable event.