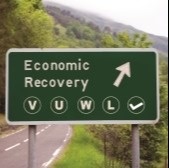 So are we in a recession or not?

Adam Pearce, CFP® | August 05, 2022
Share |
Friday's surprise jobs report adding 528k jobs and the unemployment rate falling to 3.5% adds confusion to the Recession picture.  A week ago, a second consecutive decline in GDP was reported which meets one widely accepted "technical" definition of recession (definition being back to back quarterly declines in GDP).  However, a robust job's market is not typical of a recession and is why many pundits are skeptical we are in one or heading into a slow down.
Recessions are officially declared by the National Bureau of Economic Research, a group of economists whose committee defines a recession as “a significant decline in economic activity that is spread across the economy and lasts more than a few months.”  Again, a strong job market isn't consistent with this group's definition either.
Creating a roadmap for a recession during this confusing time gives us three possible scenarios.
While there are varying definitions of recession, what matters most is if you are personally in a recession.  As the old adage goes "if your neighbor loses their job it's a recession and its a depression when you lose yours".

If you are concerned about recession and your financial future contact us today for an evaluation.  We have many financial planning services to help including retirement income, investments, tax planning, insurance, student loan forgiveness, estate planning, and state retirement systems analysis.